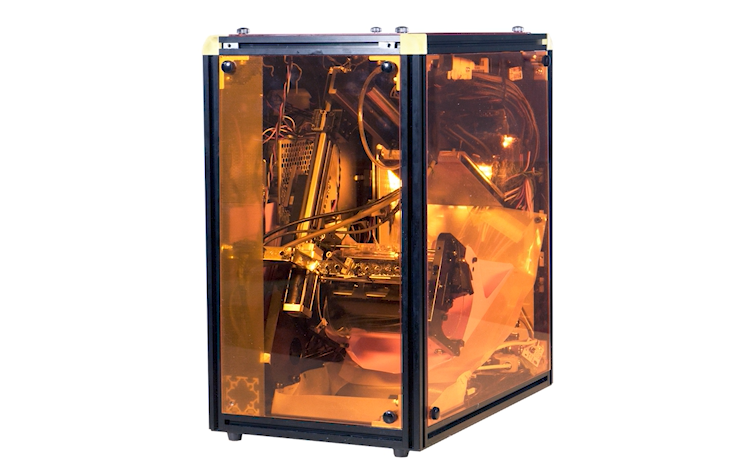 RECILS is a new additive manufacturing (3D printing) technology that has realized both high-speed and high-resolution molding for the first time. RECILS can be applied in many fields including microfluidics, optical communication devices, honeycomb structure fabrication, and plastic part fabrication.

The reasons why you choose RECILS
※These values are dependent on the objects being formed. 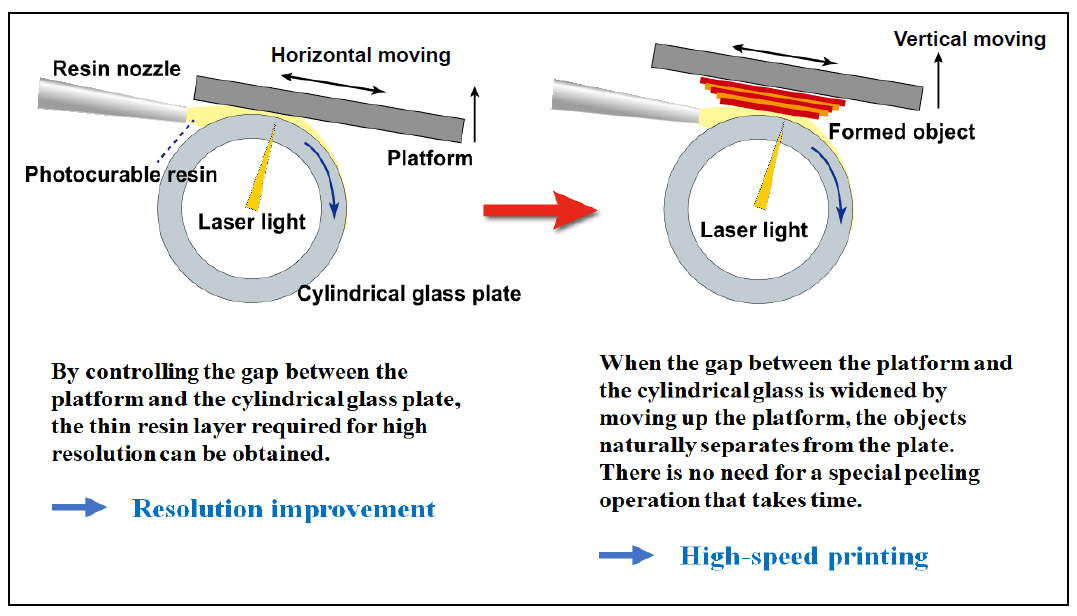 There are several types of 3D printers. Fused Deposition Modeling (FDM) is a simple method that discharges a heat-melted thermoplastic resin from a nozzle, forming a modeling layer. However, FDM cannot produce the fine discharges required for fine-structure modeling. Similarly, selective laser sintering (SLS) of sintering powder with a laser is not suitable for forming fine structures. In conventional stereolithography apparatus (SLA)-type 3D printers, a UV laser is scanned over a UV curable resin stored in a glass tank. The laser is directed from below the tank, so the molding layer is formed on the bottom of the tank. Fine structures can be formed by narrowing the laser beam. After each layer is formed, the cured resin must be peeled from the bottom flat plate of the glass tank. During this process, the formed fine structure is broken by the peeling resistance. If the peeling is slowed to preserve the fine structure, the processing time is excessively long. In the Digital Light Projector (DLP) method, the UV curable resin is selectively exposed from under the tank by the light from a projector. DLP forms fine structures with high accuracy at high speed, but its resolution decreases with increasing modeling size, and the peeling problem remains. In addition to these methods, a material jetting method in which the resin injected from the inkjet head is hardened with UV light is available. This method is easy to handle, but the equipment and running costs are high. In some cases, the surface is roughened by the support material, which can be a problem.

RECILS adopts the SLA method but replaces the conventional technology with a new technology, as shown in the Figure. Most distinctly, the SLA is performed between the flat substrate (platform) and a cylindrical glass plate (regulated liquid-level plate). First, the UV curable resin is ejected from the nozzle onto the cylindrical glass plate, and the platform is vertically moved toward the cylindrical glass plate until the set narrow gap (20–40 µm) is reached. By this process, the UV curable resin is thinned to the correct thickness. The thin UV curable resin is then raster-scanned with a UV laser focused to a spot size of approximately 10 µm, while the substrate is moved in the horizontal direction, forming a UV-cured planar image. By repeating this operation and stacking the images with vertical movement, a three-dimensional object is formed.

The high-precision thinning performed by RECILS improves the resolution of the product. In addition, the rotating cylindrical glass automatically separates itself and the formed object layer without breaking the object’s fine structure. RECILS thus simultaneously achieves high resolution and nonbreaking peeling. The robust peeling greatly reduces the modeling time of RECILS. Furthermore, as the size and resolution of the model are uncorrelated, the high resolution is maintained on enlarged models.
As an example, RECILS can form a three-dimensional structure with an approximate outer dimension of 10 cm containing a fine groove with a width of 100 μm, which was previously difficult to form. RECILS can manufacture wireless communication parts, such as waveguides for high-frequency transmission, chemical and bio parts, such as microchips, and space industry parts, such as end-burning-type hybrid rockets. Therefore, RECILS will assist research and development activities in a wide range of industrial fields. 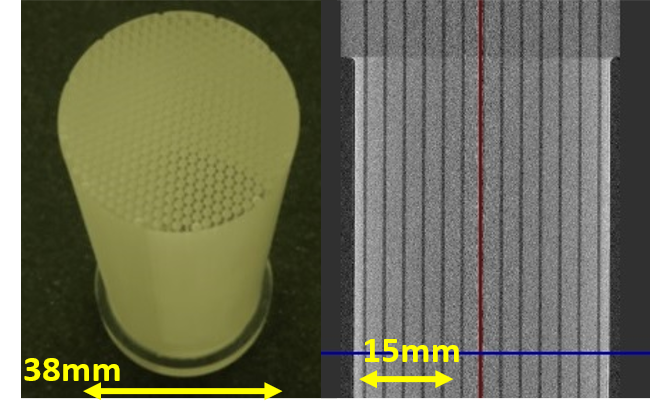 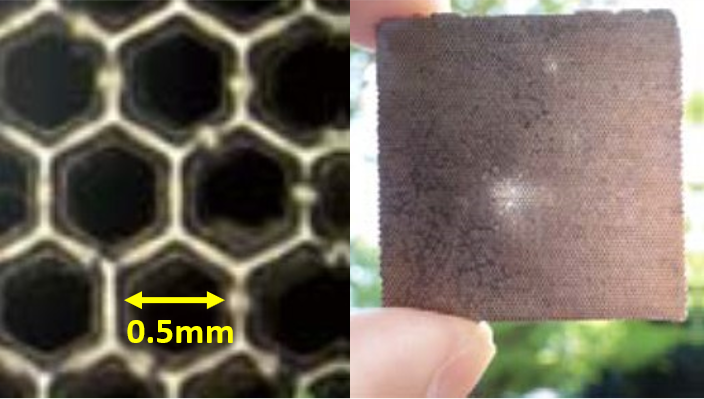 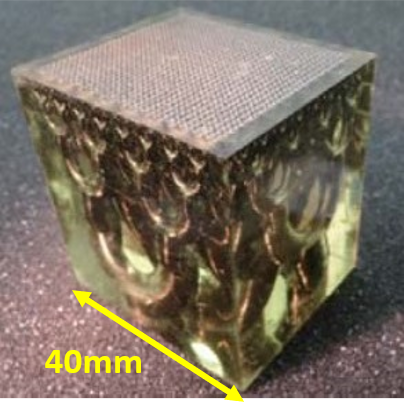 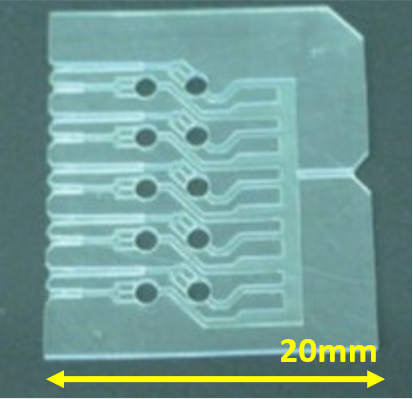 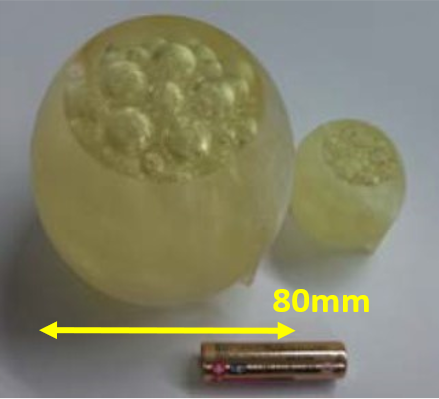 If there is anything we can help you with, please do not hesitate to contact us.
In reply to your inquiry and CAD Data / Design, we are pleased to offer a quotation quickly.
RECILS Fabrication Service

※These values are dependent on the objects being formed.
※Overseas sales price changes according to the exchange rate.